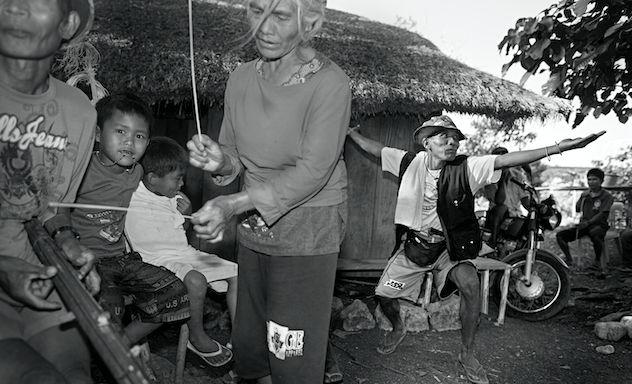 Extremities have become—or so it would seem—the matter that makes up our current world. How should we understand this reality if not through extreme examples? To engage with this and related questions the open-access journal Journal of Extreme Anthropology has decided to dedicate a special issue to the topic of Extreme Examples, with a planned publication date in November 2020. The special issue will be jointly edited by Henrik Hvenegaard Mikkelsen and My Madsen.

When an example is flagged as being “extreme” it has rarely been meant as a praise. Indeed, extreme cases tend to distort rather than clarify. It has recently been argued (Højer and Bandak 2015) that one may distinguish between two poles of the example: at the one end of the spectrum, we have the example as an example. It is something singular, perhaps akin to a “detail”, which doesn’t have any wider application. On the other end, we have the exemplary example. This is the example, often applauded in the qualitative sciences, that acts as a prism through which we can grasp the intricacies of the larger whole. This special issue of JEA takes its outset in the idea that when reaching the “exemplary example” we are, in fact, only halfway along the continuum. It explores the character of the ultimate endpoint—the extreme example—and asks how such examples operate in anthropological analysis. We invite papers that examine the anthropological potentials of extreme examples. This task may appear to transgress against the ideals of the social sciences: for isn’t it so that our choice of cases and examples should be “representative” of a general social landscape? Yet, we encourage the contributors to ask what type of anthropology emerges when we explicitly choose to put the extreme case at the center of our work. We suggest that the extreme case is not only where the extraordinary story lies—though this may indeed be the case! Perhaps choosing the extreme example means choosing an example of a whole that we cannot yet grasp in its totality—and by choosing such an example we try to conjure up this totality. We also invite papers that explore how extreme examples are used in public discourse more widely: How do people in various ethnographic contexts make sense of the world through such examples?

The Journal of Extreme Anthropology invites papers and submissions in different formats: articles, essays, book reviews, photo essays, and experimental submissions. Those who are interested in submitting a paper should send an abstract of 250 words to guest editor Henrik Hvenegaard Mikkelsen at henrikhvenegaard@hotmail.com by the 15th of February 2020. The submission date for those whose abstracts have been accepted will be 15th of July 2020. Articles are published Online First, and may thus appear individually prior to the full issue.