The Burden of Security

Moral Frictions and Everyday Policing in a Contested Religious Compound

After the Babri mosque in the northern Indian city of Ayodhya was destroyed in 1992 by mobs of ‘volunteers’ mobilised by Hindu nationalist forces, a deed of license between the Uttar Pradesh Sunni Central Waqf Board and the Uttar Pradesh state government was signed. Through this license a portion of land in the Gyan Vapi mosque premises in Banaras (Varanasi) was handed over to the state for security purposes. The Gyan Vapi mosque is less than fifty meters from the Kashi Vishvanath temple, a notable Hindu pilgrimage destination. Although at the centre of security issues for centuries, the mosque has been a target of the Hindu nationalist movement that since the 1980s has aimed at the ‘liberation’ of allegedly originally Hindu places of worship. By analysing the evolution of security discourses in local Hindi newspapers and drawing on ethnography of everyday policing at the Kashi Vishvanath-Gyan Vapi compound, this article discusses moral frictions involved in securing a contested place of worship and argues that scopes and objects of securitisation can shift. In the case I discuss, the predominately Hindu police are shown to play an ambiguous role, caught as they are between their duty to secure the disputed mosque and their likely adherence to the increasingly dominant Hindu nationalist discourse. In overcoming these moral frictions, police through their everyday activity contribute to the shift of the object of securitisation from the mosque to the more ‘acceptable’ temple. 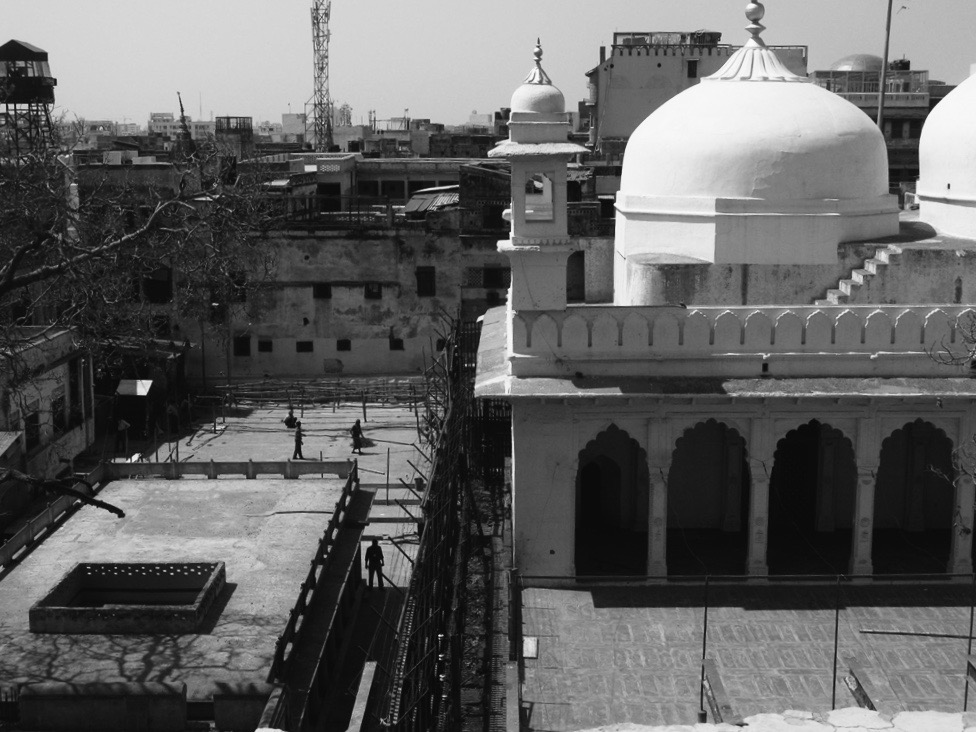