In this design-based study we have examined students’ encounters with a computer game, Energispillet.no, in school. How do students deal with complex issues related to energy and environment in a digital simulation-based video game? How does the meetings between the gaming arena and the school arena unfold? The study was conducted in a vocational class (electricity), two groups with respectively 3 and 4 pupils. We have analyzed spoken and written student texts with selected elements from Halliday’s systemic functional grammar. In our material, we saw two different encounters between the gaming arena and the school arena. One group that predominantly interpreted Energispillet in a gaming frame and one group that drew on working methods associated with both gaming- and school arena. In the game the students encounter “texts” that do not convey facts or certain knowledge, but on the contrary entrusts the players to do their own considerations. Based on their own values ​​and attitudes students must jointly make use of knowledge from different disciplines such as natural science, social studies, economics and ethics to make ongoing assessments, argue points of view, and make informed choices during gameplay. One group explored the game extremely and one-sided and reflected on the complex issues in the game once they left the game world. The other group did more joint reflection, both during and after gaming. 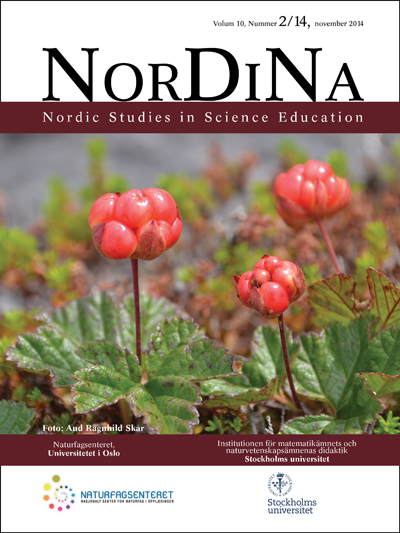