Coercion in Languages in Flux

The classical view of semantics that we inherited from Montague is that natural languages are formal languages where semantics specifies the interpretations which can be associated with expressions of the language. In this context coercion might be seen as a slight but formally specifiable disturbance in the formal semantics which shows how the canonical interpretation of an expression can be modified by its linguistic context. In recent years an alternative to the formal language view of natural language has developed which sees the interpretation of language as a more local and dynamic process where the interpretation of expressions can be modified for the purposes of the utterance at hand. This presents linguistic semantics as a dynamic, somewhat chaotic, system constrained by the need to communicate. An interpretation of an expression will work in communication if it is close enough to other interpretations your interlocutor might be familiar with and there is enough evidence in the ambient context for her to approximate the interpretation you intended. On this view of language as a system in flux, coercion is not so much a disturbance in the semantic system but rather a regularization of available interpretations leading to a more predictable system. I will present some of the reasons why I favour the view of language in flux (but nevertheless think that the techniques we have learnt from formal semantics are important to preserve). I will look at some of the original examples of coercion discussed in the Pustejovskian generative lexicon and suggest that the possibilities for interpretation are broader than might be suggested by Pustejovsky’s original work. Finally, I will suggest that coercion can play a central role in compositional semantics taking two examples: (1) individual vs. frame-level properties and (2) dynamic generalized quantifiers and property coercion. 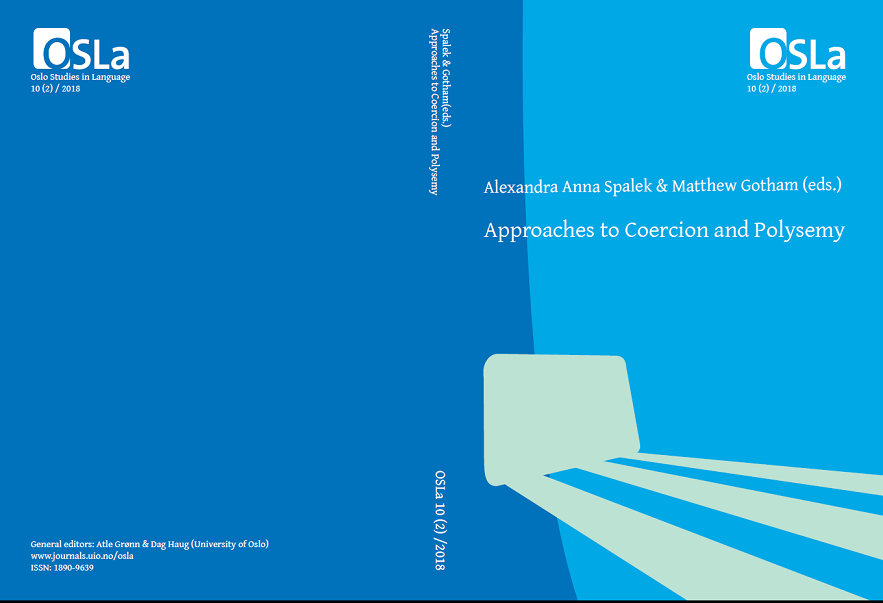