From physical to abstract affectedness: The prepositions "vrz" and "vărhu" in Balkan Slavic

This article investigates the semantics of the Macedonian preposition "vrz" and its Bulgarian counterpart "vărhu" from a cognitive perspective. These prepositions represent a rare case of coding the functional meaning of landmark (LM) affectedness, which we understand as a characteristic of a force-dynamic pattern. The article has two related goals: to explain the polysemy of "vrz/vărhu" by discovering the semantic links between its spatial and non-spatial senses and to filter out the semantic components that "vrz/vărhu" shares with other related spatial prepositions, such as "na" ‘on’, "po" ‘across, over’, "preku/prez" ‘over’, and "nad" ‘over, above’. The dictionary definitions of both prepositions do not include the affectedness meaning, a fact that obscures the difference in use between "vrz/vărhu" and the prepositions mentioned above. The authors, on the other hand, show how the spatial domain of "vrz/vărhu" is shared by other semantically similar prepositions of superposition and offer an explanation as to why they differ. An analysis of "vrz/vărhu" based on the authors’ collection of examples helps determine the role of the semantic component of “affectedness” responsible for the special position of this preposition among the prepositions that express superposition. This component is often found with verbs denoting downward movement, such as fall, put, pour, hit, and throw upon, which underscore the affectedness of the LM in conveying the meaning of superposition. This prototype effect is preserved in all spatial extensions, although considerably weakened in the covering sense ("Stavete kilim vrz svetol pod." ‘Put a rug over a light floor’). It is also pronounced in the non-spatial extensions of "vrz/vărhu" with predicates such as "vlijae vrz" ‘influence’, "se fokusira vrz" ‘focus on’, "prezema kontrola vrz" ‘take control of’ and other similar cases of conceptual transfer from physical to mental/emotional affectedness. Even though the semantic component of affectedness is also characteristic of the Bulgarian preposition "vărhu", the analysis of the Bulgarian examples shows that "vărhu", in comparison to "vrz", does not adhere to this criterion so strictly. This results in a wider distribution of "vărhu" in both physical and abstract domains. 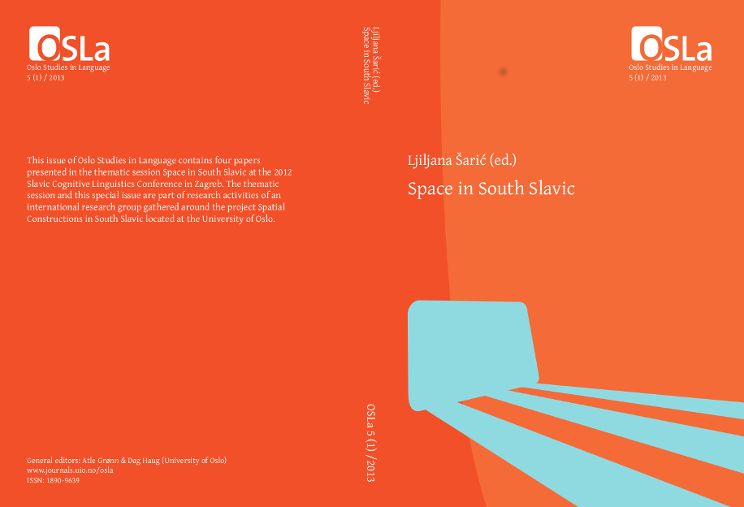