Among the syntactic changes that can be observed in the transition from Old Norwegian to Modern Norwegian are the following word order changes: loss of OV order, object shift from a VP containing a verb (non-finite verb or any verb in a subordinate clause), preverbal preposition, and topicalization of a bare head. The fact that these changes all seemto occurat the same timeis not accidental. Old Norwegian was arguably a VO language, like Modern Norwegian, but unlike Modern Norwegian, OV order was also possible.It can be shown that it is possible to derive sentences with object shift with a verb in VP, sentences with preverbal prepositions, and with topicalized heads only from an OV structure. Therefore, when the OV order was no longer available, the other three structures could no longer be derived. 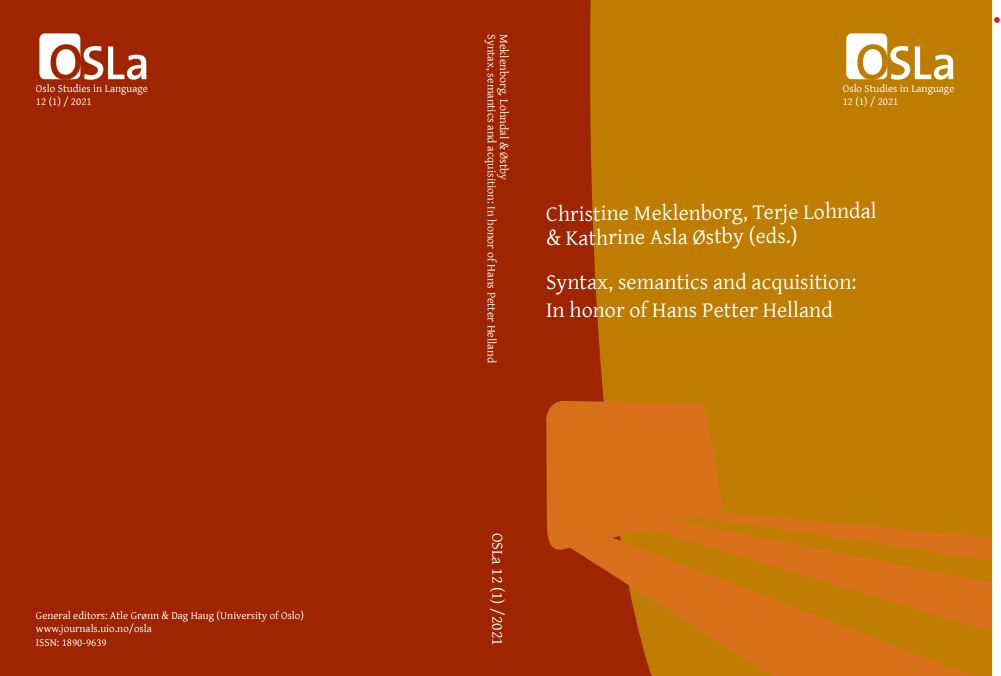