The majority of this article consists of an unadulterated piece of auto-ethnographic writing depicting a key experience from my anthropological fieldwork. For my PhD research on Japanese policing, I spent two years living in Tokyo and training at the Yoshinkan Aikido Honbu Dojo together with groups of Japanese police officers. This particular dojo has a program called the Senshusei course where Tokyo police officers take part in a nine-month full-time training period that will bring them up to first class black belt instructor level. Alongside the aikido training, the senshusei have other duties such as being responsible for cleaning the entire building, maintaining a training diary, writing weekly essays, and helping at dojo functions. This course removes them from their policing duties for the duration of the training, yet they remain on salary. The Japanese police are encouraged to train in either aikido, judo, or kendo, as well as required firearm practice, as a part of their job. The senshusei course enrols a maximum of ten officers each year, and is just one of many training options available to them for their professional development. From interviews conducted I discovered that, despite being known amongst the Tokyo police for the intensity of the training, completion of senshusei does not necessarily bestow greater importance, respect, or professional status onto those who do it, and most of the officers I trained with signed up simply due to a personal interest in martial arts. A couple of the police told me that judo and kendo have a larger following, so there is apparently less competition if you choose aikido. After completing the course, they are expected to act as instructors to the other officers in their area units (though this is largely dependent on whether anyone is interested). Alongside this, there is a course that civilians can enrol in, of slightly longer duration (eleven months), that trains together with the police and shares all the same duties, usually containing mostly non-Japanese nationals and is therefore known as the International Senshusei or Kokusai Senshusei course. This course has been running since 1990 and was set up due to popular demand from non-Japanese aikido practitioners, many of whom had already been travelling to Japan in order to train for some years. This course is what I undertook and completed in 2017-18. This piece of writing is a first-hand description of one of the aspects of that training, called zagaku: meaning ‘seated learning,’ once a week all senshusei had to spend one full 90-minute training session in seiza, the traditional kneeling position. This practice was derived from the era when Shioda Gozo-sensei (the founder of Yoshinkan Aikido) was still alive and leading the dojo in the late 1990s; it was for all the senseis to attend and reflect on their progress and techniques. This session would usually last around 45mins, during which time everyone had to pay attention to the discussion despite the pain they were in, as Shioda-sensei could call on anyone to contribute at any time. This was a method of training the mind as well as the body, to be able to maintain concentration whilst in significant pain and stress, similar to the meditative practice of zazen performed by Buddhist monks. Ueda-sensei, who had attended these sessions when a young man and was head of the dojo whilst I was there, had been greatly influenced by this practice and decided to implement it for the senshusei course. This decision appeared to be something of a whim, as he had only begun using the practice three years earlier, despite having been in charge of the course for a lot longer (the next year, when a different sensei took over management of the police training, the practice of zagaku was dropped). This experience was incredibly painful and hated by both the police and the international senshusei, yet we all submitted ourselves to its torture at the same time every week. Describing this training to Japanese friends outside of the dojo, they would look at me with horrified disbelief just thinking about how painful it would be, and that was the point; the pain and discomfort were a crucial element of zagaku. Even the senseis felt it despite their decades of practice.

This auto-ethnographic piece will form the opening chapter of my PhD thesis, from which starting point I will go on to examine the key themes of pain, discipline, consent, embodied experience, auto-ethnography, methods of learning, behaviours of respect, non-violence, power, and social responsibility within the context of Japan. However, I have made the decision to leave theory out of this article, as the main purpose is for the reader to be given an uninterrupted, embodied taste of the experience as it was lived. There are many academics from various disciplines writing about the theory of pain, but it remains an elusive experience that is rarely described for its own sake. The medical profession still struggles to create methods that patients can use to accurately communicate the intensity and form of their pain, as language is decidedly lacking for such things, so I wanted to use this longer piece as an attempt to communicate what usually remains incommunicable. The anthropology of martial arts is acquiring a strong collection of ethnographies, but descriptions of the embodied experiential elements of training are often cut short to prioritise theoretical analysis. It is an area where the ethnographer often uses their own body as a source of data; training, learning, and getting injured becoming a crucial part of the research methodology. Watching from the side-lines would not have allowed me any insight into the experience of zagaku; the fact that I did experience it, as a researcher, has enabled me to write about it. In order to avoid interrupting my auto-ethnographic description with sections of theory and citations, I have included a further reading list at the end of this piece; a list of books and articles that explore key themes from my research, that readers might find relevant. 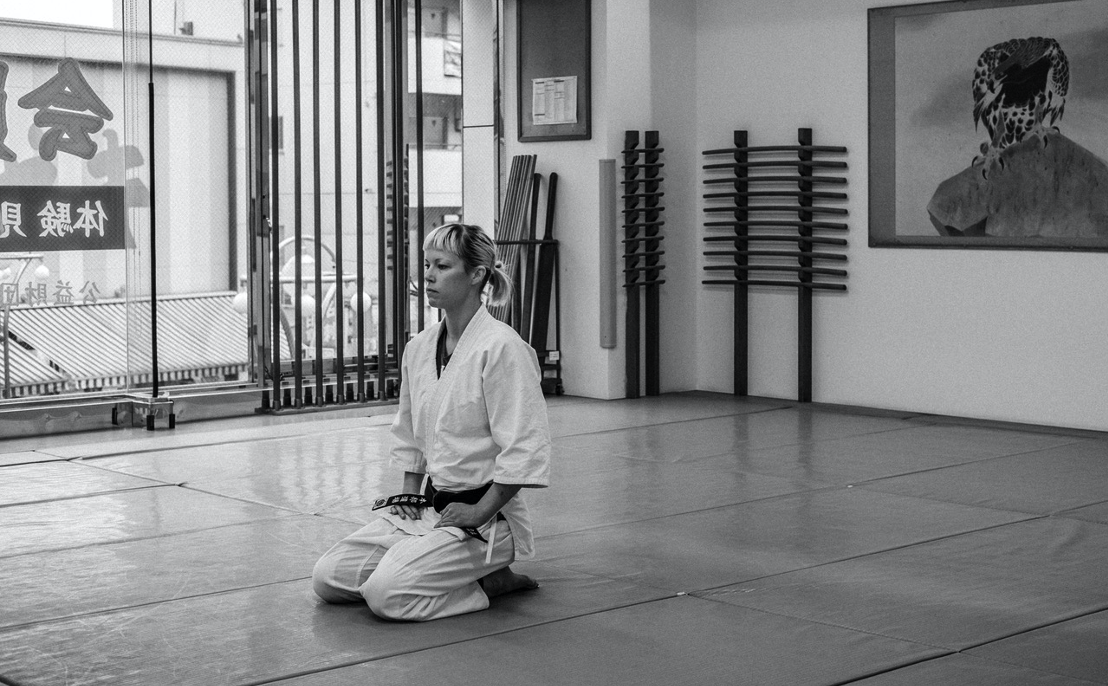