Cymbals playing in a Roman mosaic from Mariamin in Syria

The mosaic of the six female musicians from Mariamin in Syria depicts in exquisite detail a late antique musical performance. The present study focuses on the cymbal tongs player and the finger cymbals player from this mosaic, who have raised little interest so far, yet provide much information on cymbal playing in the Roman-Imperial period. The first part of this work studies the technical aspects of cymbal playing revealed by the Mariamin mosaic. It discusses the typology and playing techniques of cymbal tongs, using a comparative iconographic approach and an experimental reconstruction approach. The Mariamin mosaic portrays a type of cymbal tongs in which the cymbals are struck laterally, in contrast to cymbals tongs in which cymbals are struck frontally, the only type discussed by archaeomusicologists to date. Significantly, lateral cymbal tongs similar to those of Mariamin appear in other late antique mosaics from Bulgaria and Algeria, suggesting that this instrument was widespread. The reconstruction of lateral and frontal cymbal tongs shows that the two instruments sounded different. The Mariamin mosaic also provides information on the use of small cymbals attached directly to fingers. It shows a finger cymbal tying system that seems to differ from the few other Roman examples known to date. It also shows that finger cymbals players could use two different pairs of cymbals to make two different musical notes, one with each hand. These findings illustrate the technical richness of cymbal playing in the Roman Empire. The second part of this work discusses the instrumental associations visible in the Mariamin mosaic, placing them in the context of other late antique representations. The trio of three resonant metallic instruments discernible in the Mariamin band (cymbal tongs, finger cymbals and acetabuli) illustrates the Roman-Imperial taste for abundant metallic tinkling. Finally, the inclusion of cymbal tongs or finger cymbals in musical bands recurs in mythological representations. The cupid disguises of the two children in the Mariamin mosaic echo these images. However, the scene depicted by the mosaic seems anchored in the reality of the late Roman Empire. Remarkably, the Mariamin mosaic shows that ‘simple’ small cymbals could hold an important place in a high-class musical band equipped with prestigious instruments. 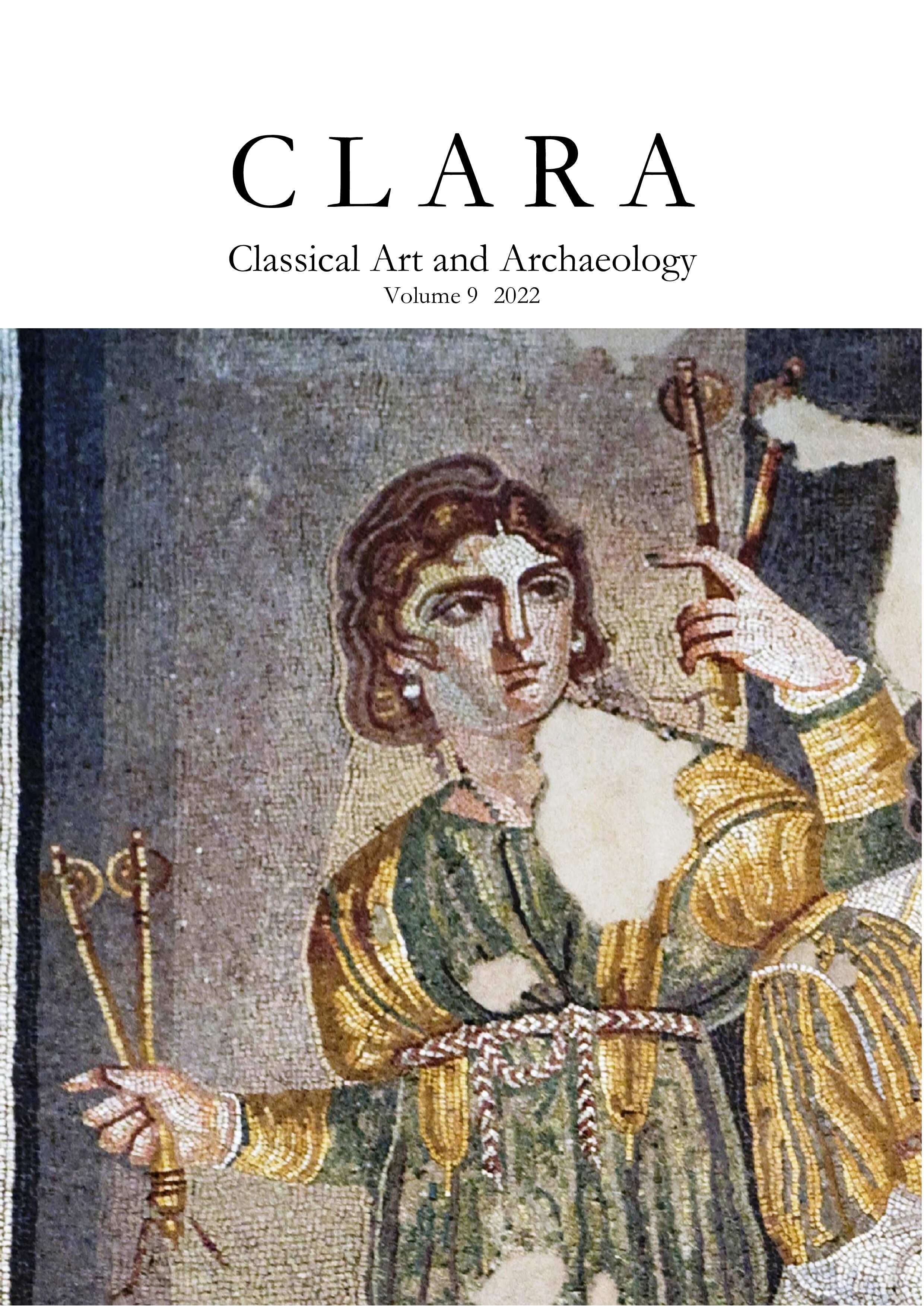