CFP: Affective Politics and the Policing of the Social Through Popular Music

Special Issue of the Journal of Extreme Anthropology

Affective Politics and the Policing of the Social Through Popular Music

Professor of Music and Culture, at the University of South East Norway, Norway

The ‘affective turn’ across the humanities and the social sciences suggests that we pay attention to how affects create subjectivities, build communities and shape new forms of politics in the making (White 2017, Desai-Stephens & Reisnour 2020, Gregg & Seigworth 2010 and Clough & Halley 2007, Goodwin et. al. 2001). In other words, it encourages us to study how affective bodies ‘act and are acted upon’ (Seigworth and Gregg 2010: 1) as people engage with each other and with sensory objects (e.g. musical sounds), politically and socially, within specific contexts. These insights have implications for our understanding of politics, of the social, as well as how we understand social control and the ‘policing’ of the social. Instead of excluding objects from the social and privileging theories modelled on structure and agency (e.g. Giddens 1984, Bourdieu 1984), scholars are now redefining agency as relational (Barad 2003, 2007; Latour 2007, 2013). This has led to new research on how sensory objects, such as sounds and music, shape subjectivities, build communities and instigate politics through affect, within and across, contexts (Bøhler 2017, 2021; Shank 2014; Guilbault 2019; Schiermer 2021a, 2021b; Muniagurria 2018; Duque and Muniagurria 2022; Stover 2017, 2017).

This affective turn in theory has profound implications for the interdisciplinary field of music studies and the ways in which it conceptualizes the relation between music, the social, and the political. Instead of locating the social and the political in broader contexts that operate beyond music (Negus 1997, Frith 1996), we need to develop theories and methods to capture the social, political and affective affordances of musical sounds in situ (Bøhler 2021, 2017). We must not only develop new theories and methods to study how particular genres of music gives voice to particular forms of politics through affect, but also examine how sounds and music enact new modes of ‘policing’ through affective manipulation and sonic control of people in specific environments. Examples of the latter have been explored in recent scholarship on how jingles are used to recruit marginalized voter groups during elections (Bøhler 2021). Other studies have explored how law enforcement agencies use sounds and music to regulate public spaces, be it to spread fear, fight crime or deescalate situations and secure environments (Cardoso 2018, Doorman and Pali 2021). Indeed, new research is needed on how music, sounds and other aesthetic and bodily practices both create new ‘police orders’ by shaping ‘what is common to the community’ (Rancière 2013, 14) and challenge such established divisions through affective means (Rancière 2013, 14-18).

We invite scholars in the musical sciences – musicology, ethnomusicology, popular music studies and music theory – and researchers working in neighbouring disciplines such as cultural sociology, anthropology, sound studies, music therapy, cultural studies, criminology, and area studies, to explore how affective politics and the policing of the social operate through popular music. We are particularly interested in scholars that work across the disciplines mentioned above in a transversal manner. Topics of interests include, but are not limited to, the following subjects:

Interested contributors are encouraged to submit an abstract of 300 words and a short bio by the December 1, 2022 to all four guest editors:

Journal of Extreme Anthropology is an international, peer-reviewed, interdisciplinary, open access and indexed journal that publishes articles in the fields of social anthropology, ethnographically informed criminology, and humanities and social theory, devoted often (but not only) to extreme subjects, transgressive practices and more. Beyond the standard peer-reviewed article format, we welcome visual essays, interviews, book reviews, essays, and other creative contributions. The journal is hosted at the University of Oslo.

The Journal of Extreme Anthropology publishes following contributions (please see details and more categories below the guidelines on style):

Giddens, A. (1984). The Constitution of Society: Outline of a Theory of Structuration. University of California Press.

Latour, B. (2007). Reassembling the social: An introduction to actor-network-theory. Oxford University Press.

Latour, B. (2013). An inquiry into modes of existence. Harvard University Press.

Read More Read more about CFP: Affective Politics and the Policing of the Social Through Popular Music

CFP: Special Issue Proposals for the Journal of Extreme Anthropology

Vol. 6 No. 1 (2022): Social Lives of Debts: Ethnographies from Post-Soviet and Post-socialist Economies 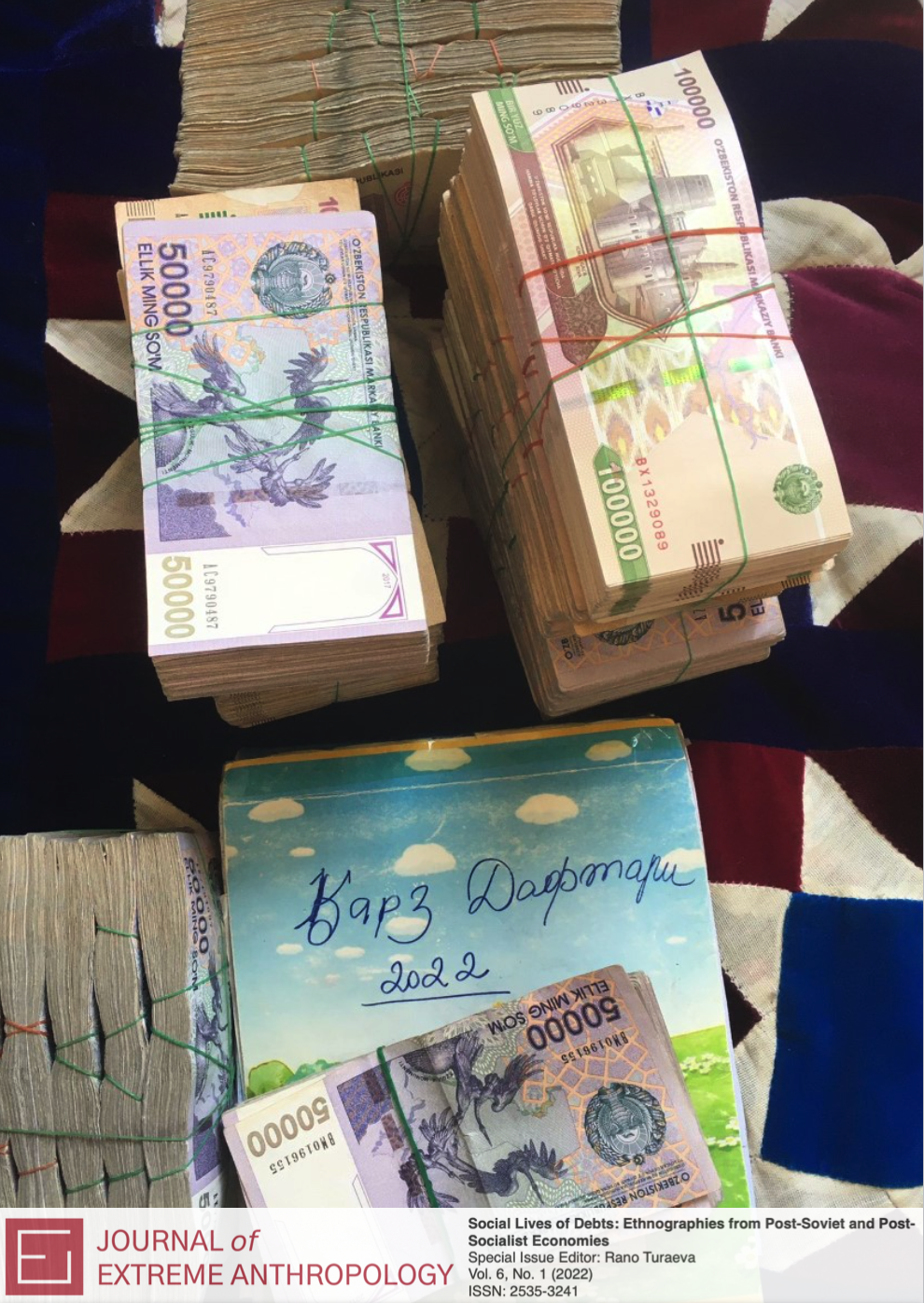 This issue is still in production, pending article revisions.